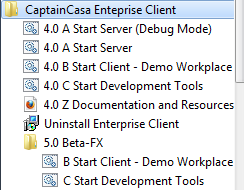 Both do the same, rendering screens - the layout of screens coming from a central JSF based server. So the rendering result is very similar. OK, with JavaFX it looks smarter - and animations are much nicer... ;-)

We currently concentrate on a Windows based delivery - just to save resources on our side. We will prepare explicit installation scenarios for Linux and MacOS later on. (For the brave ones: there is a zip package containing "everything you need", but some shell scripts to start the FX client are missing...)

A couple of improvements and bug fixing was done in the meantime...:

Images now can be mirrored and sheared just by adding some prefix in front of the image-URL: 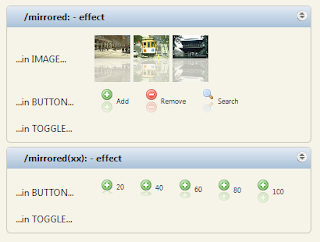 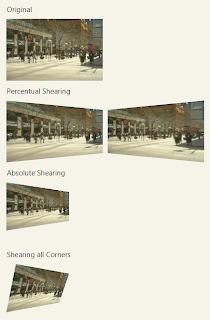 This is a general feature of all images, regardless if it's shown in a button or if it's the background for a pane.

It's possible to now to add mapped-areas to an image definition. Each mapped area contains an id and some tooltip information. The user sees the mapped areas on top of the image when moving with the mouse over the corresponding area. Clicks are sent back to the server processing. 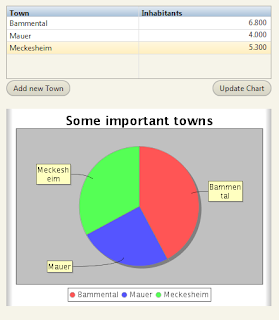 The screenshot is showing a gaphics (PNG) which was created by a JFreeChart based reporting on server side. JFreeChart has an interface to collect map-information, which is quite nice. ...OK, we know: JavaFX has some graphics library on its own to produce charts like the one above...! But still, most reporting systems are on server side, producing image output as PNG or whatever file.

Hot-Key definitions were added. Either hot-keys are added directly to cetrain components (e.g. Button) or the arey added to popup menu defintions. There's a flexible way to define which popup menu is valid for which area - so you can define one hot key to be used in different ways on different parts of the screen. (If you want so ...).

The slider and progressbar components are available now as well. 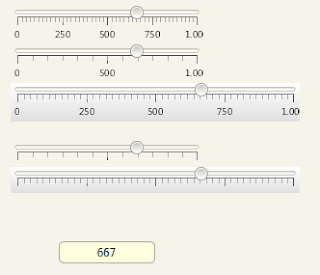 ...all in all: everything quite fine from the JavaFX client development...! The beta phase is planned to be finished somewhere mid of Q2/2013.